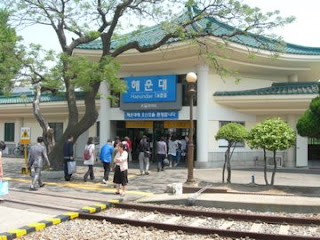 i spent all day saturday on haeundae beach...looking out over the east sea. the sun shined so warm with cool breezes coming off of the ocean. medicine for body and soul. 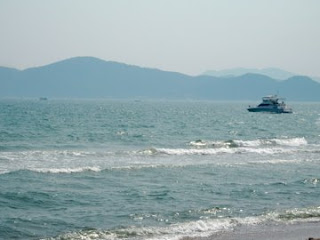 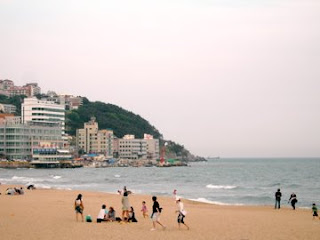 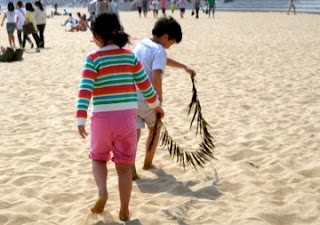 couple shirts!?!! emerging from each having thrown the other into the water! 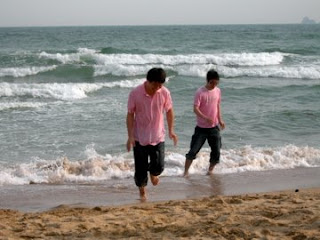 not uncommon korean beach attire! three guys kicking a ball around in their dress clothes! i would be sweating like mad. 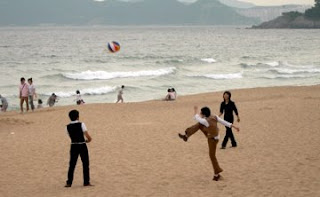 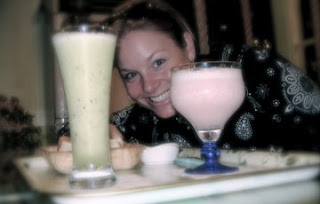 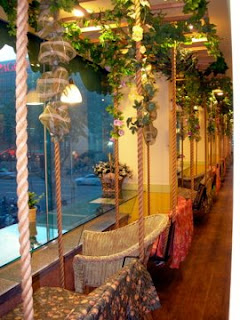 what a contrast, eh!? from peaceful seaside rest and sipping fruit juice in a swing to crowded, flashing neon soup. 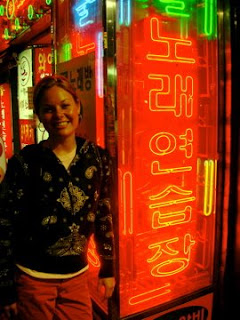 my first time smoking a hookah (at a turkish restaurant)! chad ordered cherry mint flavor for us all to try after a huge feast of a meal. i was skeptical as cherry mint sounds like a very strange combo, but he swore by it, and it was actually really nice...very cooling. being a nonsmoker though, my lungs and throat could only handle a few inhalations. it was fun to try as i've wondered what it might be like every time i've seen hookahs in restaurants around berkeley. 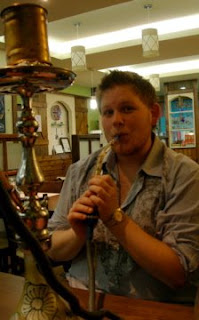 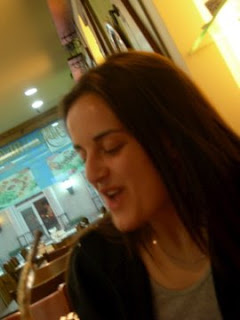 something shocking was said at our table, right in the middle of my turn! choking and coughing up a storm followed! 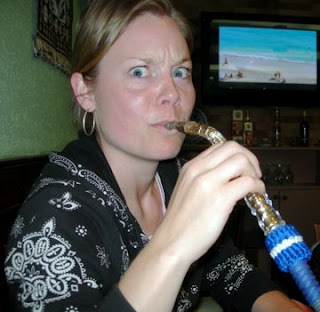 gwanganlee beach, with the gorgeous bridge lit up in the distance....a group of older korean men singing songs together as they watched their fireworks (in a tube - sold by vendors up and down the beach) go off against the night sky! 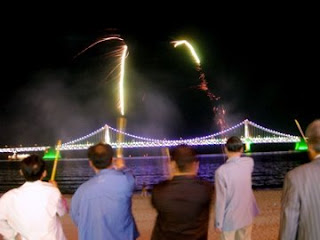 after dinner we sat on the beach for a while under the light of a full scorpio moon (often called "the buddha moon").

"It is said that Buddha was born, died, and received enlightenment on the Full Moon is Scorpio. Every year this great being returns to the earth plane to assist humanity towards enlightenment. The Buddha Full Moon or Wesak Moon is one of the most powerful Full Moons; in fact, many consider this the highest spiritual day of the year."

-from the May 2009 newsletter written by astrologer, Virginia Bell


-patty griffin "moon song"....sad, sad, sad...but so beautiful...the emotionality in her voice is exquisite.
Posted by Jessa at 8:08 PM

that juice bar with swings is an AWESOME "find"!!! ha ha. what a wonderful day you had in busan :)

if you haven't been, you've gotta take your sweetie there!