from a field of irises 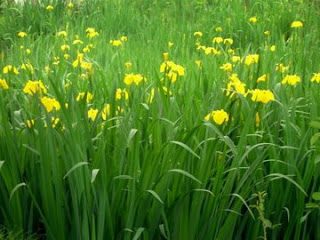 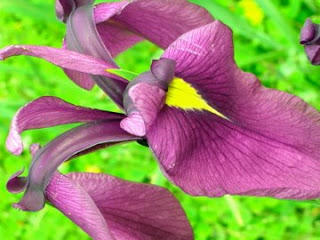 while chae and i were doing yoga in this gazebo, four women joined us with their korean wine and full spread picnic! they were super sweet, insisting we sit down with them, offering us a multitude of food and drinks. we enjoyed some mountain berry wine and herb tea, a few slices of melon and bell pepper. then out of nowhere a psycho hornet dove at warp speed from the ceiling into my shoulder, bounced off and flew away. i jumped up and yelped. thankfully it didn't sting. the others didn't seem to think this occurrence was a big deal. my feathers, on the other hand, were completely ruffled, but i sat back down to finish the picnic until i saw the hornet come back into the gazebo. i immediately excused myself, took my yoga mat out onto the grass and finished my wine and yoga routine from there. 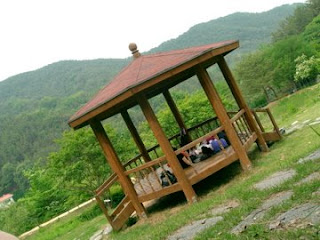 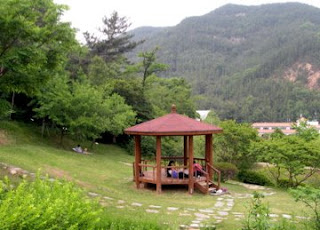 i find myself salivating over the trees in korea. so many varieties and all so beautiful. i don't know the name of the green one here, but i LOVE it. and of course the japanese maple... 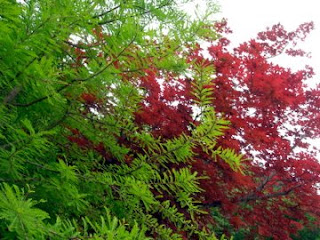 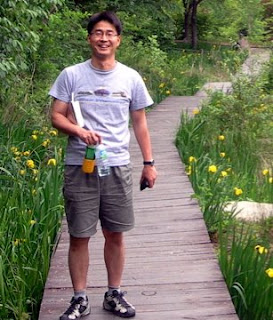 so, for the last two weeks we have relaxed all afternoon between classes at this park near gumi's big mountain...both times i taught chae some breathing exercises and yoga poses...we read...napped....and walked around admiring all the blooming flowers. it's been so good to get out of the samsung factory and into nature. we both noted that we feel so different in our bodies after an afternoon spent lying on the earth.
Posted by Jessa at 4:30 PM

you are such a cool person ... it must be your openness that entices and manifests such wonderful experiences in your life. i love the photos of the irises ... my mom loves irises and they always make me think of her :)