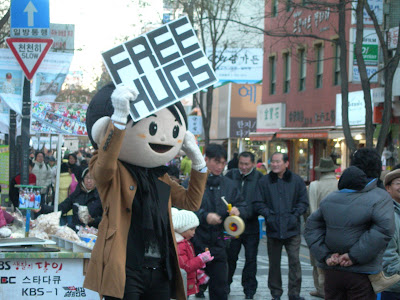 i fly back to the u.s. tomorrow morning bright and early. this week, as i've been packing and buzzing around taking care of all that has needed to be done before leaving korea for two months, i have felt a true mix of emotions. sheer joy at the thought of reuniting with loved ones again and pedaling around berkeley on my bicycle! meandering through the farmer's markets, watching the tulips bloom in february...so much sweetness ahead. and at the same time as my heart has been carrying me around on wings of delightful anticipation, i have also noticed how i will really miss this place...this country that has been a second home to me for a year and a half now. it's faces like these and moments of overflowing generosity and pure gorgeousness, korean style, that i will miss more than words can say. i feel so grateful for the bounty in my life. everywhere i turn, there is love. 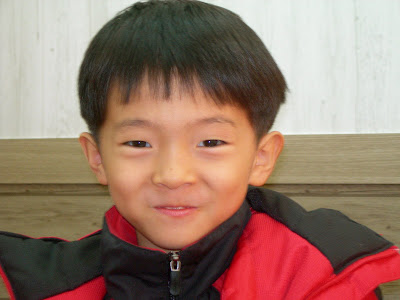 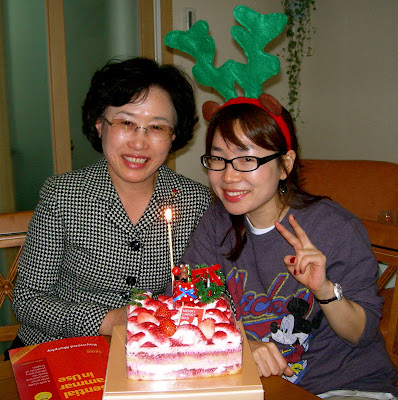 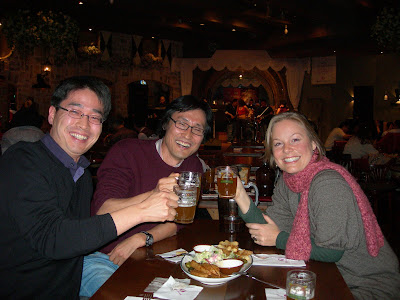 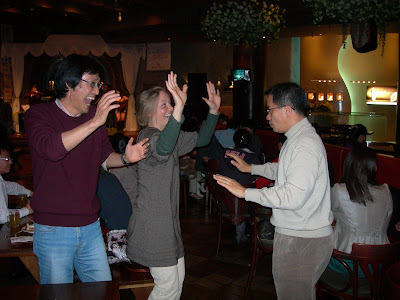 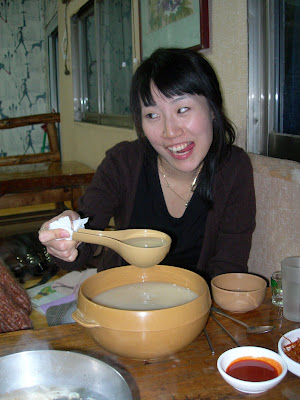 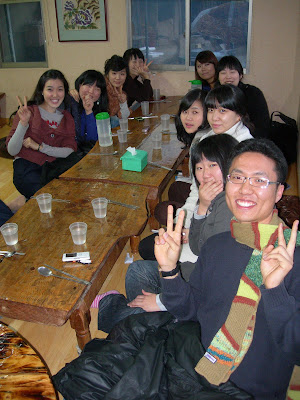 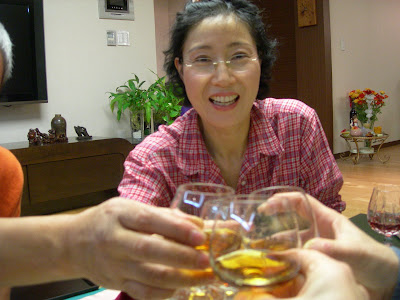 "as surely as we hear the blood in our ears, the echoes of a million midnight shrieks of monkeys, whose last sight of the world was the eyes of a panther, have their traces in our nervous systems."

-paul shepard from "the others: how animals made us human" 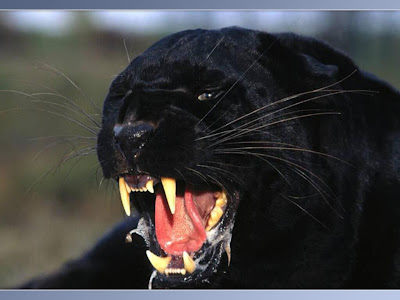 this weekend i happened upon a book i've been meaning to read for years: "waking the tiger: healing trauma" by peter levine. dr. levine has dedicated his life to the study of stress and trauma. this book is an exploration of wild animal behavior in response to overwhelming danger. since animals in the wild are persistently subject to threats yet rarely exhibit symptoms of trauma, levine saw this as a doorway to understanding trauma in humans and our innate capacity to recover from and transform overwhelming experiences.

levine gives the following example: imagine an impala is being chased by a hungry cheetah, the pursuit may reach up to 70 mph, and then suddenly the impala will come to a stop at or right before the moment of attack, falling limp to the ground. the impala is not pretending to be dead, rather it has involuntarily entered an altered state of consciousness shared by all mammals when threat of death is approaching. as it lies there immobilized, the impala's nervous system is still racing at 70 mph, energy coursing through its body.

there are three responses available to reptiles and mammals when faced with overwhelming threat: fight, flight, or immobilization. in the 25 years of levine's research, he found that much less was known about the immobility response than fight or flight. he soon came to realize that it was this response that held the key to unlocking the mystery of human trauma.

the immobility or "freezing" response serves two brilliant purposes. firstly, in freezing, the impala (and human) go into an altered state in which no pain is experienced, a numbing so to speak. (remarkable!!!) this means that if the cheetah is to rip the impala apart, the impala will not suffer in the process. secondly, if the cheetah decides to drag the "dead" prey to a safe place from other predators, the impala may be granted an unguarded moment where it can wake from its frozen state and make a hasty escape. when the impala is sure it is clear of danger, it will move through a process of literally shaking its body in order to discharge the energy that accumulated and coursed through it during the frozen state. this movement allows the animal to pass through the immobility response and gain full control of its body again. the impala will then return to life as if nothing out of the ordinary has happened.

levine writes, "i believe that the key to healing traumatic symptoms in humans lies in our being able to mirror the fluid adaptation of wild animals as they shake out and pass through the immobility response and become fully mobile and functional again." 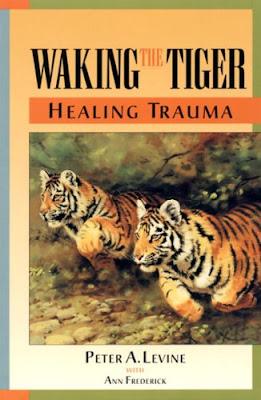 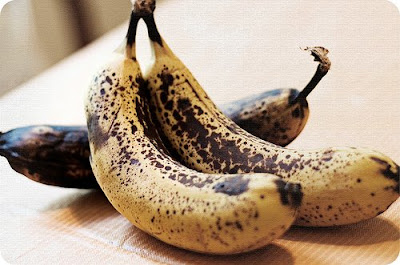 i went back to caffe tiamo this afternoon. the hazelnut gelato was singing my name. and upon arrival, the green tea began to hum the most beautiful harmony...so i had to get a scoop of each. the barista was so glad to see me back this week that she topped off my bowl with a waffle cone as "service" (on the house). tipping is not a common practice in korea, but sometimes i do tip at coffee houses or restaurants because my back and feet know what it's like to work in that industry. many times the tip comes right back in the form of a waffle cone, a bowl of dong dong ju (rice wine) to go, extra pumpkin pancakes...always accompanied by the biggest smile.

it is now 8 hours since i succumbed to that gelato. my stomach is officially in full revolt. the 55 minute ride home from gumi was ghastly. i had to pretend everything was okay. i kept rolling down the window, explaining to the professor who was driving that i had a rotten banana in my backpack (which was true), and that smelling it made me absolutely ill, so i had to keep letting fresh air into the car! he said his nose was not sensitive, and believe me, i thanked the moon and stars for that stroke of good luck.

i made a vow to give up ice cream this semester, as it's the last speck of dairy that i've been consuming on a regular basis, and because my acupuncturist told me that my system cannot digest it. that observation has been clear to me for years, as i've been a daily enjoyer of ice cream and always paid for it dearly with belly aches and various other symptoms that will remain nameless. however, i was raised on ice cream. it was a staple in our household, a reward at the end of a long day, my bedtime snack. it was what got taken away if i didn't pick up all my toys. ice cream was a comforting ritual from childhood until august 2008. i'm utterly amazed at how painless it has been to say goodbye to such a longtime companion. this fall, i only recall two moments when i found myself longing for ice cream, both of which occurred upon passing a convenient store that sells haagen dazs. as soon as the shop was out of sight, the craving disappeared. my body has been ever-so-grateful for this change in my eating habits. it would be unkind to go back.

when it comes to gelato, though, i have told myself it is a different animal entirely, and rarely found in korea, so i'd be a fool not to indulge when our paths meet. needless to say, that fib went up in flames tonight. my digestive tract feels so terrible right now that i cannot imagine getting near another scoop of gelato with a ten foot pole, in korea at least! i'd rather eat rocks. however, if i happen to travel to italy again, or paris for that matter, i just might have to give it another chance...
Posted by Jessa at 11:37 PM 1 comment:

food for the soul 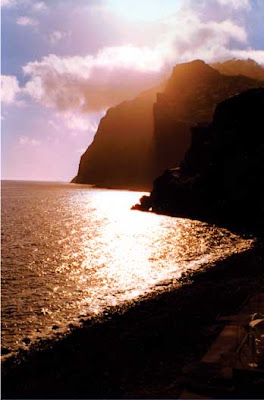 - john o'donohue, from "the inner landscape of beauty" interview on the radio show "speaking of faith"
Posted by Jessa at 9:26 PM No comments: