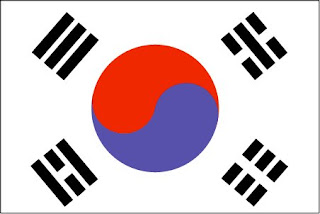 the south korean flag has intrigued me since the moment i laid eyes on it. the circle filled with equal parts of red and blue symbolizes the origin and constant movement/flux of all things in the universe. it represents the positive and the negative being held together in perfect balance. the four "trigrams" symbolize: spring/east/virtue, summer/west/justice, fall/south/courtesy, and winter/north/wisdom. 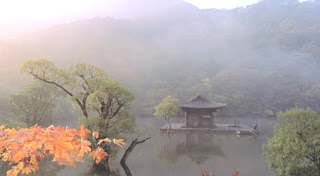 if you have not yet seen it, there is a beautiful korean film that came out in 2004 entitled "spring, summer, fall, winter....and spring." it tells the story of a buddhist monk as he passes through the different seasons of his life.....the setting of the film is a tiny floating monastery on a pristine lake in south korea.....absolutely breathtaking. 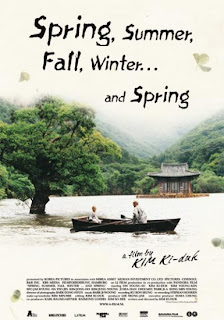