time to sit down 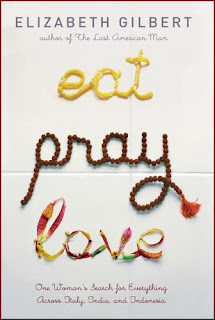 one of my intentions while i am living in korea is to cultivate a daily meditation practice. i have wanted to commit myself to this for several years now, but i have always managed to avoid the "daily" part! well, the time has come. as i have mentioned before, i am reading, "eat, pray, love" by elizabeth gilbert right now. it is about a woman's jouney following an "i feel like the ground beneath me has disappeared" upheaval triggering her deepest pain and loneliness. she proceeds to venture on a solo quest....traveling to italy, india, and indonesia over the course of a year...in search of "god"....in search of her deepest self. her time in india includes staying for a few months at an ashram. through silent meditation, she encounters all of the beauty and terror, stillness and chaos, serenity and madness, judgment and compassion that rises and passes away while sitting quietly with oneself for hours and hours, for days on end. after many weeks of being there, she is asked, as part of her ashram service work, to be an attendant to those who are arriving for a particular silent meditation retreat. (this certainly beats pot washing, which has always been my assigned yogi job at meditation retreats!!) she writes of her experience checking the retreat participants in upon their arrival:

"all of the antennas i've ever sprouted throughout my lifetime that have taught me how to read what people are feeling, all the intuition i developed growing up as the supersensitive younger child, all the listening skills i learned as a sympathetic bartender and an inquisitive journalist, all the proficiency of care i mastered after years of being somebody's wife or girlfriend - it was all accumulated so that i could help ease these good people into the difficult task they've taken on. i see them coming in from mexico, from the philippines, from africa, from denmark, from detroit and it feels like that scene in "close encounters of the third kind" where richard dreyfuss and all those other seekers have been pulled to the middle of wyoming for reasons they don't understand at all, drawn by the arrival of the spaceship.... these people have left their families and lives behind for a few weeks to go into silent retreat amidst a crowd of perfect strangers in india. not everybody does this in their lifetime.
i love all these people, automatically and unconditionally. i even love the pain-in-the-ass ones. i can see through their neuroses and recognize that they're just horribly afraid of what they're going to face when they go into silence and meditation. i love the indian man who comes to me in outrage, reporting that there's a four-inch statue of the indian god ganesh in his room which has one foot missing. he's furious, thinks this is a terrible omen and wants the statue removed - ideally by a brahman priest, during a "traditionally appropriate" cleansing ceremony. i comfort him and listen to his anger, then send my teenage tomboy friend tulsi over to the guy's room to get rid of the statue while he is at lunch. the next day i pass him a note, telling him that i hope he's feeling better now that the broken statue is gone, and reminding him that i'm here if he needs anything whatsoever; he rewards me with a giant, relieved smile. he's just afraid. the french woman who has a near panic attack about her wheat allergies - she's afraid, too. the argentinean man who wants to have a special meeting with the entire staff of the hatha yoga department in order to be counseled on how to sit properly during meditation so his ankle doesn't hurt; he's just afraid. they're all afraid. they're going into silence, deep into their own minds and souls. even for an experienced meditator, nothing is more unknown than this territory. anything can happen here. they'll be guided during this retreat by a wonderful woman, a monk in her fifties, whose every gesture and word is the embodiment of compassion, but they're still afraid because - as loving as this monk may be - she cannot go with them where they are going. nobody can."


one of my buddhist teachers once said that there is seldom such a thing as a lazy person, most of the time it is just fear that is holding a person back from doing something. i think deep down i have been afraid of what will happen to me (the socially/mentally constructed self of me!) if i really, seriously slow down every single day and sit with myself, with the movements of my mind and the waves of feeling that come and go.....as a beginning yogini, two very disciplined 8-day meditation retreats are enough for me to know that at times there is great terror and discomfort in disciplined sitting meditation, yet those two experiences are also enough to know that there is great freedom, wisdom, and abounding compassion already within me, waiting to be accessed, if only i would sit down.
Posted by Jessa at 3:03 PM