i just got home from the first annual women's clothing swap! sandy, the ultimate party thrower, had all the gals over to her apartment to exchange and recycle our unwanted clothing (and books!). it was a blast! of course the precursor to the event was an absolutely outstanding meal. first, we had sandy's mouthwatering greek salad and sarah's ever-famous kimbap. then came sandy's homemade wild rice chicken soup followed by nerina's to-die-for chocolate chip banana cake. truly amazing. after our bellies were full, the madness began! actually, we were all very mannered for the first round of swapping but when sheila showed up with bags and bags brimming over with beautiful clothing from all over the world, we were like wild animals who hadn't eaten in days! really, our behavior was quite unruly. sheila commented that she now sees us all in a bit of a different light!

sandy: world's greatest hostess...and her daughter, ananda, who is getting to be not so little anymore! 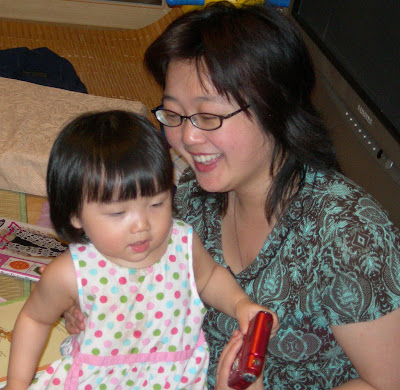 sarah went out of her way to facilitate an eighties flashback for us all! this shirt was one of a kind for sure! reminiscent of "flashdance," a unitard and some sort of unidentifiable style object! 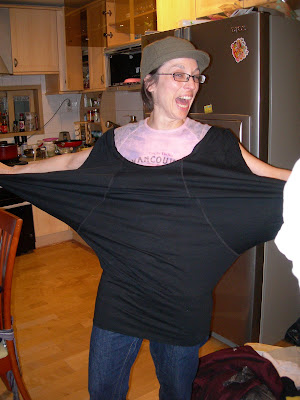 sheila trying to show some of her items to swap, but most of us were digging through her bags before she could even get them unpacked! 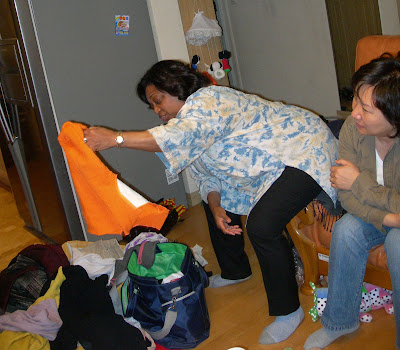 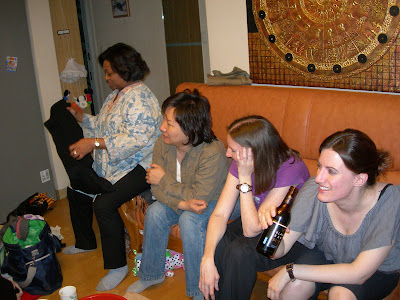 would anyone care for some australian chardonnay!? it's better from a can! 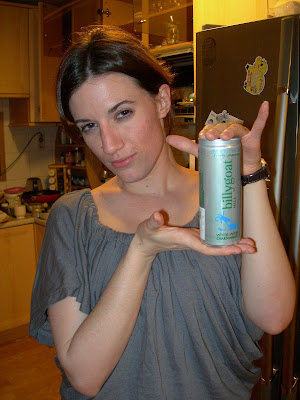 inhui made quite a haul! 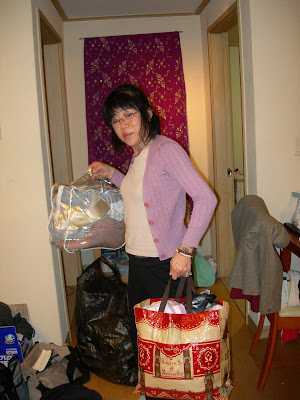 Inhui's pic is hilarious! She totally cleaned up!