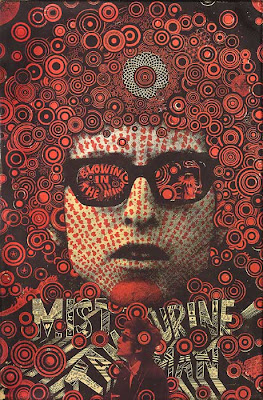 unusual things happen in the most mundane moments when you live in a foreign country.

i was walking at a clip, ipod earbuds in, sunglasses on, heading home from school when a white car slowed down and stopped beside me. an older korean man stuck his head out of the window, so i took one earbud out and my sunglasses off. my first thought was that he must need directions, but later thought how ludicrous it would be for an elder korean man to be asking a foreign woman for guidance. anyway, he said to me with a smile, "where are you from?" i smiled back at him and answered, "the united states." he replied, "welcome to korea! do you know jesus christ?" with "mr. tambourine man" still playing in my other ear and the strangeness of his question, i felt temporarily transported into a parallel universe. i just stood there staring at him with my one earbud dangling and most likely a bit of a furrowed brow. he repeated himself more loudly, "do you know jesus christ?!" even though i claim no religious labels i said, "i'm buddhist." he pretended not to have a clue what i was saying. it was obvious he was pulling my leg! i had to laugh. i could tell he'd been through this little song and dance before. i just kept repeating, "i'm buddhist...you know, buddha." he kept stuttering sounds not even remotely close to "buddhist" or "buddha," faking a failed attempt to understand my words. i was beginning to feel quite amused by his whole charade and also a tad irritated not feeling privy to the proselytizing vibe. when he made his next move, picking up a book sitting on the seat next to him, shaking it at me furiously from his window while quoting some fire and brimstone scripture (in english), i decided it was time this game was over. i put my sunglasses back on, other earbud back in and said very firmly, "DUDE, I'M BUDDHIST" and walked away. he proceeded to SCREAM out his window, "DO YOU KNOW JESUS CHRIST!?!?!?"
mr. tambourine man and i walked all the way home chuckling, shaking our heads at the absurdity of it all...and really just how unexpected each day can be here in korea. 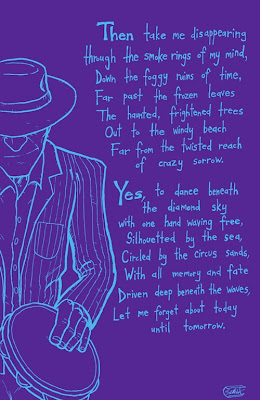 what a delightful and fun post to read---- like the last post two meet whether persons or words and create a space to climb out of their usual boxes?

I came across your blog while trying to get the rest od that Sufi poem, Elizabeth Gilbert quotes in her book. i got here all the way from buenos Aires, Argentina, aboy a year after you had quoted that same poem. Nice.