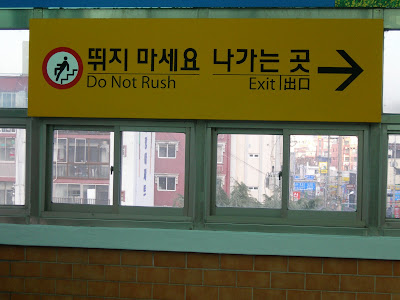 this sign can be found at the gyeongsan train station at the top of a large stairway. it made me smile and reminded me not to rush around so quickly.

one thing i do for fun around here is visit the infamous korean stationery shops. when jennifer came to visit i took her to one nearby for a daily dose of laughter medicine! we came across several quotes that just about got us kicked out of the store. we were making an absolute scene....literally falling to our knees in the aisle laughing. i went again the other day and before i could stop myself, i started howling with laughter which immediately led to an out of control wheezing cough attack - i have been having a very nasty bout with bronchitis for the last three weeks. anyway, it may have been one of those "you had to be there" moments, but i'll share it anyway!

this first one is not necessarily hilarious, but it coincides with the reminder in the stairway of the train station.
the stationery pictures a blue elephant and reads "would you like to live slowly like an elephant?" i thought that one was rather sweet.... 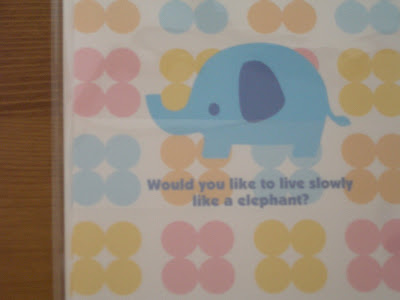 another set of stationery looks like air mail and has a picture of an old-fashioned airplane...it reads:
"beautiful flying...
when we are in love
we love the grass
and the barns
and the lightpoles
and the small mainstreets abandoned all night."

another one has a cartoonish sketch of a girl in a kitchen and it says:
"do you feel how much
i love you, my dear?
hold still...
i'm not done yet!"

on a pastel blue notebook with white lilies all over it (reminding me of easter morning), it is written:
"GUARDIAN ANGER
i could protect you
so you would be happy each day
and filled with joy every day
if only i could become an angel
like in my dream..." 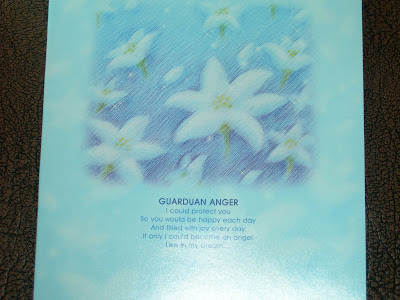 (the L and R sound share the same letter in korean, so often when translating to english, these two letters get mixed up!) 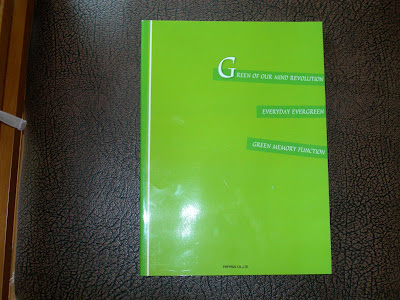