just another day at the office

once a week i travel to gumi to teach samsung employees who are completing degrees through YU. i teach an early morning class and then have 7 hours free until i teach a final class at 6pm. last wednesday two of my professor friends took me out for a fantastic lunch of samgyetang (soup consisting of a mild broth with an entire chicken stuffed with ginseng, garlic, a piece of deer antler, rice, and a myriad of herbs and spices). after some lively conversation while dining, we headed up geumo mountain via cable car. they wanted me to see doseon cave and the big waterfall, which happened to not have any water falling at this time of year! it was still a site for sore, neon-light blasted eyes.

no going back now! 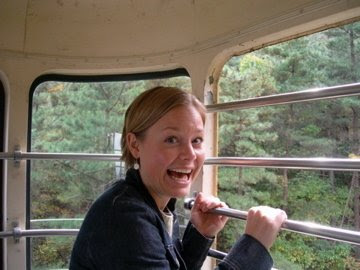 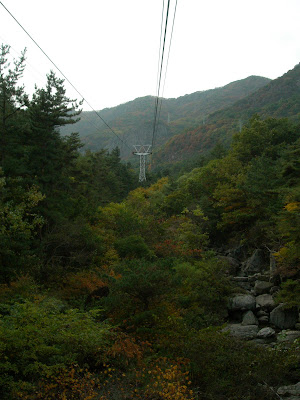 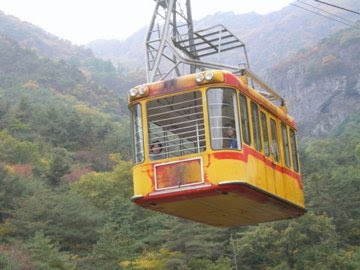 a temple in the distance 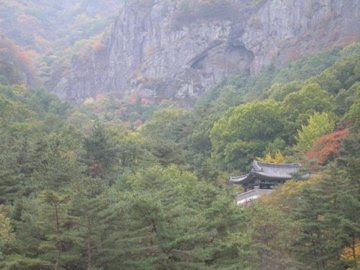 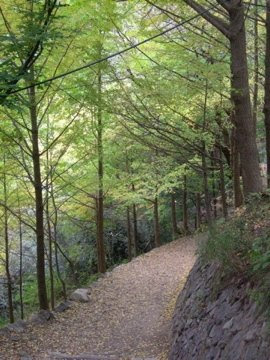 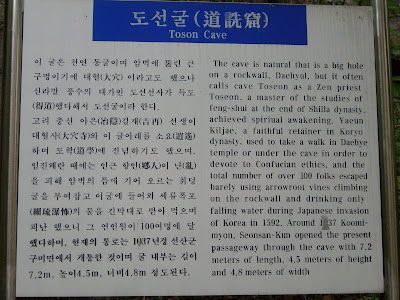 buddha shrine in the cave 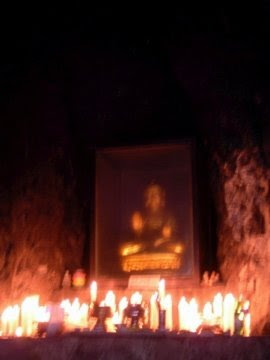 candles lit in the crevices of the cave walls 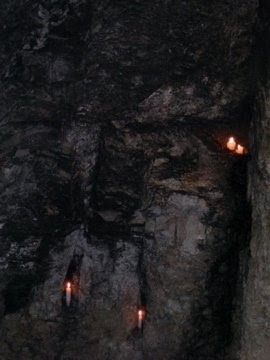 two of the coolest guys on the planet 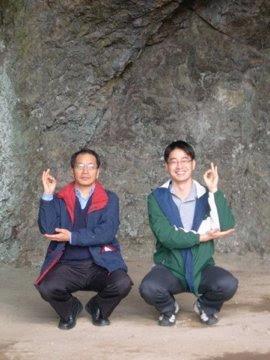 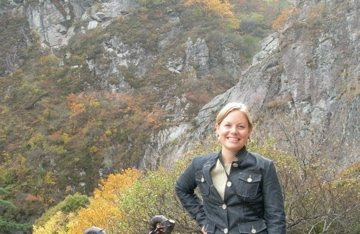 sometimes there is a water fall here! 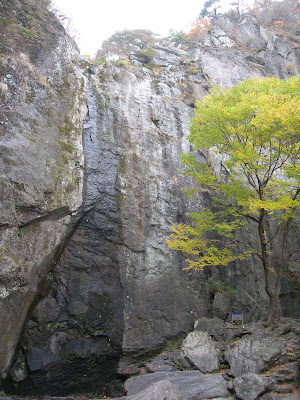 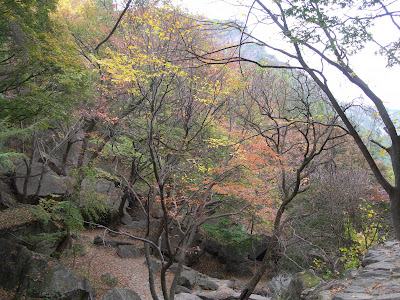 disembarking! dr. chae is out of his mind if he thinks he will make it out of the cable car before the agimas (older women). no way no how! these women are tough and strong and will shove and push with the best of 'em! if you want to emerge without bruises, steer clear. 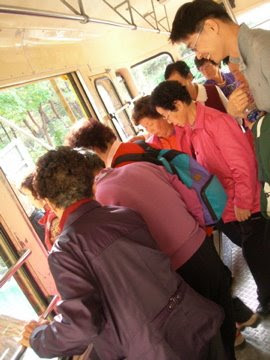 Hi Jessa! I'm not sure how I came upon your blog several months ago but I've been following it since and must say you have inspired me in many ways. I spent the past 2 years in SF getting my MA in Counseling Psychology... I'm interested in how you came to the decision to go overseas and teach as I've been contemplating it myself recently. What program did you go through? I'd love to chat with you, email me at chantaldesloges@gmail.com when you get a moment :) Peace