no bright orange body bag for me, thank you

junghwa, mijeong, myself and elena...waiting outside for the 4am bus to arrive to take us to the mountains for a sunday of skiing the slopes! 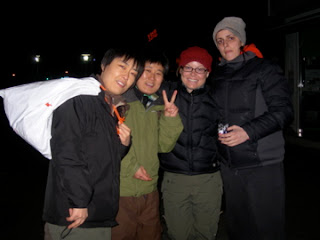 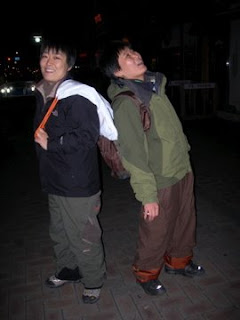 kate, elena and i...all dressed and ready to go! 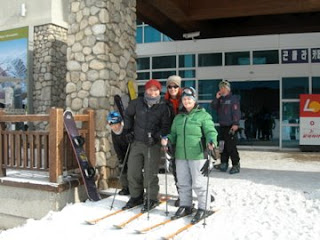 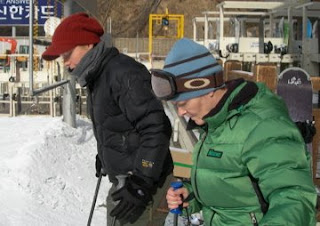 kate and i...off to practice on the bump of a bunny hill while the others head off to snowboard down the mountain! 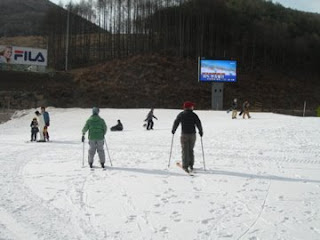 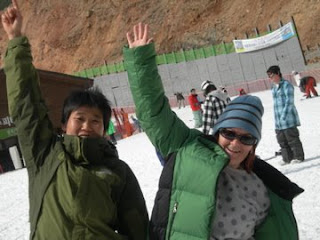 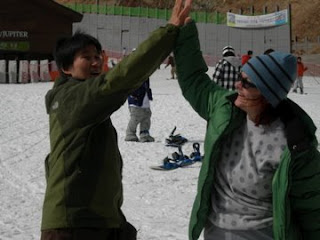 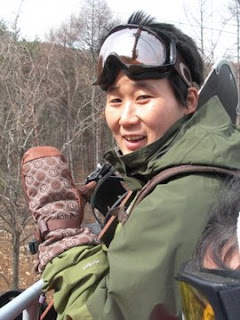 riding up the mountain 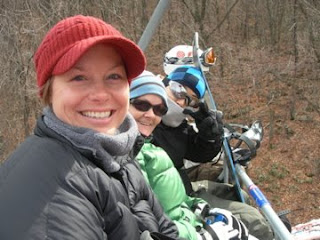 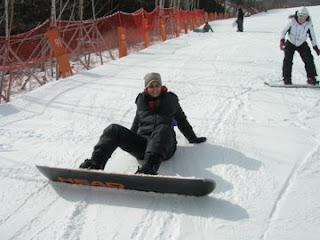 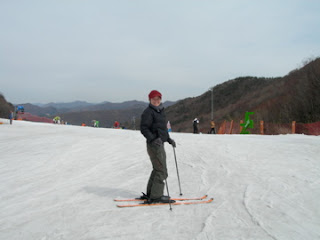 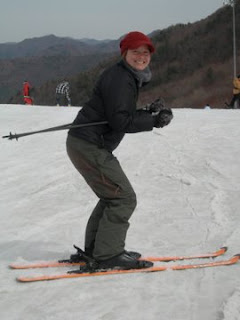 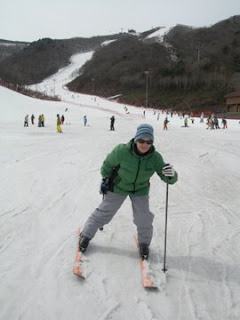 hey! elena's sweatshirt matches her kimchi chigae! that soup looks like it's on fire. i've stopped eating spicy korean food, so since there was nothing else available at the chalet i resorted to a snickers bar and some kimbap! it wasn't the most nutritious day, but at least my insides weren't up in flames with red hot pepper. 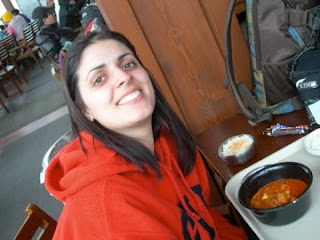 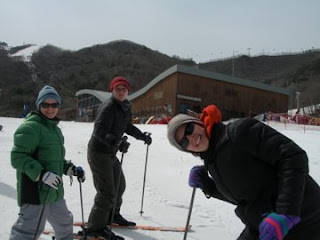 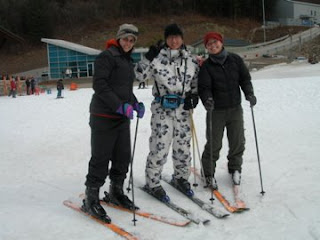 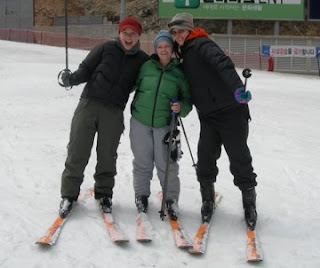 it was my first time skiing in korea and kate's first time skiing, period! korean skiing habits are much like korean driving habits. anything goes. it was more than a little hectic. being that i had very little control over my own speed and direction, i thought i could rely on the skills of others, but it soon became apparent that that wasn't going to be the case at all. i was almost run over about 50 times. and i myself took a little kid down. at least i was going at a snail's pace, but still...i felt terrible.
every 15 minutes or so, we saw an emergency ski patrol snowmobile bringing an injured body down the mountain. the scene was very dramatic, as the body was seated on a sled type thing on the back of the snowmobile, wrapped up in a bright orange body bag, with only the person's feet danging limp out the end. the first time i thought they were bringing a dead body down the hill. i stopped cold in my tracks, stunned. kate and i just looked at each other with wide eyes and jaws dropped to the icy ground.
after lunch and one more run down the mountain, i decided to call it a day. i had seen one too many of those bright orange body bags filled with injury, and there was no way i was going to end up in a korean hospital in the middle of god only knows where. so, kate and i both decided to just relax outside at a picnic table until the rest of the gals were finished. we boarded the bus at 4:30pm and began the four hour journey back to daegu. it was invigorating and wonderful to be out in nature breathing in the fresh air for a day. i can't say i'll go skiing again in korea though, unless it's a monday and i have the mountain to myself!
Posted by Jessa at 9:48 PM