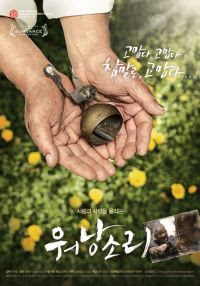 the gumi adventures have resumed, however, "the dream team" has been dismantled. it's just professor chae and i that remain. professor woo goes to gumi on a different day now and professor sahn is on sabbatical. it's sad but we live on and continue to seek adventure during our 7 hour break between classes. so, today with spring warmth and the fragrance of cherry blossoms wafting on the breeze, professor chae and i walked to the gumi cinema to see "old partner," a south korean documentary film about an elderly couple and their age-old cow. it's a raw and touching glimpse into very traditional korean life in the countryside. it's the first ever south korean film to compete at the sundance film festival.
the film moves at a snail's pace, but that is actually the whole point of the movie. when we walked out of the theater we both noted how incredibly slowed down we felt in our bodies and in our minds.

the husband and wife...both in their late seventies and still planting and harvesting rice by hand...with the help of the 40 year old cow who has been diagnosed with cancer and has one year to live. 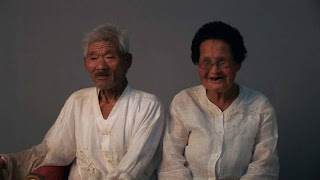 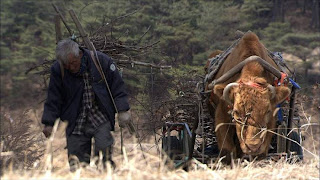 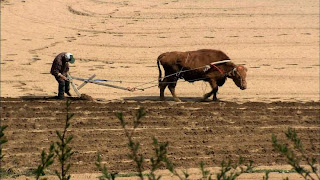 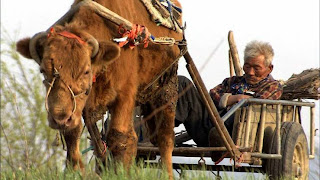 here's choi alone...after the cow's death...in the background the rice field that he will never plow again with his old partner. 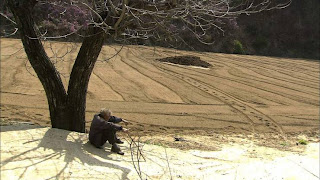 won-nang-so-ri (meaning: the sound of the cow's bell) 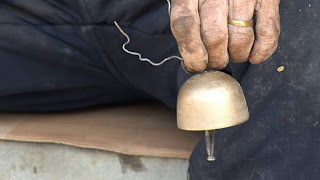